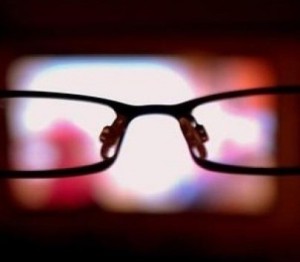 Anders Thomas Jensen is a writer who has the ability to craft a beautiful, captivating tale, his scripts realistic and deeply poignant without ever resorting to melodrama (After the Wedding (2006), In a Better World (2010)). Yet it’s a more distinctive voice that marks all of his own directorial efforts, Jensen delving into much darker territories to deliver compelling, surreal stories, often with a deliciously humorous edge. Whether it’s a band of criminals deciding to pack it all in to open a restaurant (Flickering Lights (2000)), a pair of butchers using an unconventional method to boost sales (The Green Butchers (2003)), or maladjusted siblings fighting tooth and nail with each other (Men & Chicken (2015)), Jensen constantly finds a way to make us laugh when we least expect it, filling his narratives with oddball characters who we’re surprisingly able to relate to. Riders of Justice (Retfærdighedens ryttere, 2020) immediately feels like Jensen dialled up to 11 – his usual comedic bent with a twist not seen throughout his other works, in which revenge seems to be the perfect solution to a few personal problems.

This is more complicated than a straight-up vengeance thriller though. There’s a lot going on here, writer-director Jensen mixing in themes around coincidences, fate and making sense of the world, as well as family and the strength to overcome trauma. Yet because of his impeccable writing, Riders never feels bloated, each of his ideas explored in an intriguing way that pulls us into the story and makes us eager to see where it’s going, particularly when the characters begin to uncover the mysterious circumstances that led up to a tragic event (a shockingly dark moment that kicks off the film). Markus (Mads Mikkelsen) is just one of the many people still processing this incident when we first meet him, this stoic military man content with simply burying his feelings while consuming a mountain of beer to help him forget. He’s lost and directionless, his daughter (Andrea Heick Gadeberg) becoming increasingly frustrated at his inability to talk to anyone about what happened – something that makes them drift even further apart. But when he is visited by two statistical geniuses (Nikolaj Lie Kaas and Lars Brygmann) who tell Markus the accident was actually a plot to silence the ex-member of a biker gang (the titular ‘Riders of Justice’), he suddenly discovers an unexpected outlet for his repressed rage and emotions.

While there’s little to laugh about at the start of the film, when the mismatched ensemble of the story finally band together (including the incredible Nicolas Bro as the angry, potty-mouthed Emmenthaler) Riders really comes into its own. With the plot unravelling at a thrilling breakneck pace, Jensen lets rip in the best possible way, superb one-liners and moments of macabre humour flying thick and fast, every joke enhanced by the cast’s astounding, endlessly entertaining performances. Ranging from the brilliantly bombastic (Bro who gets the most quotable lines: “Step away from the wires!”), the slightly more restrained but still eccentric (a scruffy-haired Brygmann who plays Lennart with such manic energy that he’s often flailing his arms like a muppet), and the completely deadpan (Mikkelsen who is basically the straight man to the rest of them), they all throw themselves into the material and run wild with it, especially when the situations become increasingly absurd. A scene in which Markus has to explain to his daughter exactly where he met his new ‘friends’ is particularly fantastic, the group’s elaborate lies about child and adult therapy hilarious to watch, with Lennart proving just how well he can fit the job description. They’re all clearly having the time of their lives here – something that makes our viewing experience even more joyous.

While Riders of Justice is certainly in the same league as Jensen’s previous films, there’s a depth and maturity that elevates this above his other works. That odd blend of comedy and drama is fine-tuned to perfection here, sequences suddenly morphing from the hilarious to instances of real pain and anguish. It’s an incredible feat that often leaves us unsure if we should be laughing or crying, and one which has us hanging on every second of the story. The cast themselves also surprisingly help with these changes in tone, delivering expert dual performances that ground the more outlandish parts of the plot. Each of them has a moment that reveals exactly why these characters are so damaged and intent on seeking revenge – something delicately woven into the narrative by Jensen and given genuine potency by the cast. Even Emmenthaler’s usually rage-fuelled exterior crumbles at one point, Bro’s heartbreaking portrayal showing him to have a complexity that we might not have seen in the hands of others. And if you don’t burst into tears at Otto’s (Nikolaj Lie Kaas) story (a magnificent scene between him and Mikkelsen that may well be the greatest thing Jensen has ever written), then you’re a stronger person than me. It’s a moment given such gravity and pain by Kaas that it’s actually hard to watch. Indeed, while Kaas and Mikkelsen have appeared in all of Jensen’s directorial films, their performances in this are their most astonishing yet. Markus is certainly one of Mikkelsen’s best characters, his world-weary expressions hinting at the hidden emotional baggage that threatens to overload him as the narrative goes on – a stunning portrayal that is also beautifully enhanced by Gadeberg’s wonderful, poignant turn as his daughter.

With scenes of explosive, bloody violence, this is an outlandish but touching film about trying to move on from the trauma of your past while searching for some sort of meaning in life. Essentially, a revenge therapy film. More importantly though, this is about finding help from the most unexpected people, and being brave enough to ask in the first place. As Otto says at one point: “I sometimes think people with problems band together”. It’s a heartfelt concept brought to profound life by Jensen’s assured direction and writing, and something highlighted by those excellent, multi-layered performances from the cast. Yet this is also a lot of fun to watch, with so many incredible laugh-out-loud moments that you’ll want to revisit this over and over again. Hanging out with a band of vengeance-seeking weirdos might sound odd, but Jensen really does turn it into the best damn time you’ll ever have.